Get fresh music recommendations delivered to your inbox every Friday.
We've updated our Terms of Use. You can review the changes here.

Moonlight Is Our Sunshine 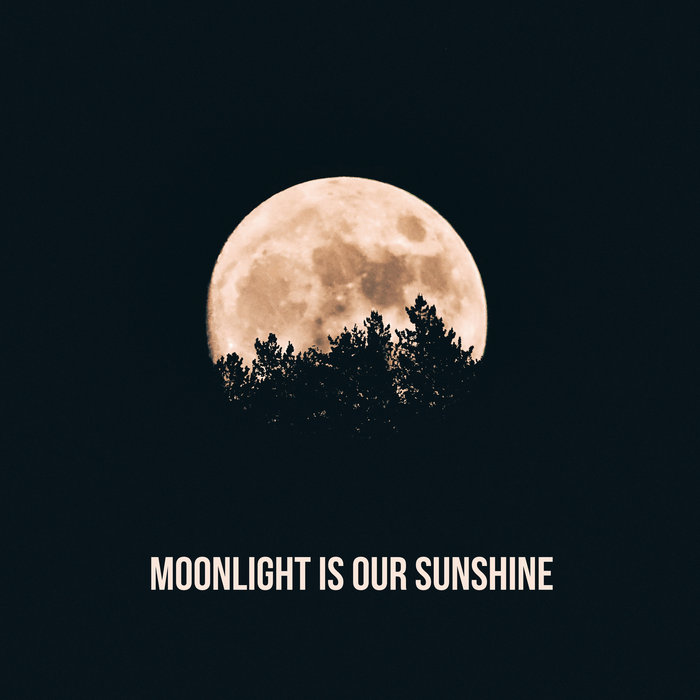 Creating new music deep in the night is common for most producers, especially when the music produced is rooted in the slow & beautiful Downbeat & Ambient sphere. Bathurst is a place for these producers just as much as the moonlight; the sunshine for these bats.

This twelve-track strong collection is meant to be a companion through the night for those who stay up late or even as the last thing to hear before falling asleep.

Moonlight Is Our Sunhine starts with 'Parachutes And Paper Planes' from Black Soyls, a slow moving electronic track with soothing chords, while Manchester based producer Hermanito takes it further with his wonderful and sprinkling beauty 'Away From Love'.

Lehto (fka Keno) brings in his melancholic guitar lead track 'Before the Sun'; a song coupled with piano chords and soft vocals.
Following this is the Motion Orchestra, presenting their stunning song 'Clouds'; a string and bass-driven composition kissed lightly with electronic elements.

A while ago, Perks and Keno collaborated on their track 'Maunder'; creating a downtempo track with Rhodes and Bass played by Perks. Within this compilation also appears a remix of Solar Apple Quarktette; the project of Richard Ellis, a producer and composer from Los Angeles. This track has been re-envisioned by the Bower brothers aka Unforscene turning the track 'Do You Love Me Too' into something much more wonderful.

Belgian producer Tristan de Liège, currently residing in Los Angeles, contributed a drumless instrumental version of his track Mbali from his 2019 released album 'Maisha'; a version best enjoyed in moonlight.
Asta Hiroki released his debut album 'Entropy' in 2021. The closing track 'These Hands, Pt. 2' finds itself nestling into this compilation beautifully. A wonderful slow love letter to electronic Jazz.
Kabanjak is the solo project of Ingo Möll, an artist who's a boiling pot of Hip-Hop, electronic club music and Ambient sounds and feels at home in many genres. His track 'When Nights Grow Cold' is a mellow and intimate piano composition.

Craig Smith aka Wrenasmir, living in Newcastle, Australia has previously contributed a track to the first Motor Jazz compilation in 2020 on Bathurst and now again shows his talent in so many different musical styles with his distinctive 'I See Flowers' in an instrumental version.
From the Black Forest Triberg aka Michael Hoppe comes. With his unique sound, he has gained attention over the last decade. He's more recently explored the shores of Ambient and Dreampunk music, with his track 'Maria' being a wonderful example of that.

David Hanke's 'The Evening Garden' is the final track on this compilation and an homage to the creator of Lucy, the Bathurst logo bat. Peter Loewer, the creator of Lucy, is a passionate gardener and has published a series of books about gardening over the last decades. His book "The Evening Garden" contained multiple illustrations inspired by his love of gardening; Lucy being one of the small brown bats who visited his garden regularly.

© & ℗ 2022 Bathurst. All rights reserved.
Any duplication is a violation of applicable laws.

The future sound of yesterdays magic 🔸

Founded in 2018 to have an outlet for various directions.

Bandcamp Daily  your guide to the world of Bandcamp